I’ve been invited to participate in something fabulously exciting in my newbie-author career – an international author blog-hop on “The Writing Process”. The lovely Jacquie Underdown, a fellow Escape Publishing author tagged me, and you can find her answers to the following questions here.

As some of you may be aware, my first novel, a contemporary medical romance entitled A Life Worth Living was published on 1st December 2013 by Escape Publishing. You can purchase it through Amazon or your favourite e-bookstores (more links are available in the sidebar). It’s the first of my planned St Mary’s Sleep Medicine Romance Series.

Now, to the questions:

I’m currently working away on the third instalment of my St Mary’s Sleep Medicine Romance Series. The working title is A Love Worth Saving, and it follows the tragic, seemingly doomed love of Dr Brad Lewis (a GP with a special interest in sleep medicine) and sleep nurse Ana Reed. Don’t be fooled by the clichéd doctor/nurse relationship, though. Brad and Ana are not your typical couple, and the complications that twist and entwine their lives will break your heart (trust me, it broke mine while I was writing it today). I’m hoping to release the second instalment (A Heart Worth Mending – currently awaiting review with my publisher) later this year.

Once I’ve finished A Love Worth Saving, I’ll jump straight back into my epic fantasy novel – think Game of Thrones with a little more romance – that I’m approximately a third of the way through writing. This is the first of six planned books – two linked trilogies set in the fictional land currently called Kandelhar and I’ve got so many thoughts for it buzzing through my head at the moment, I can’t wait to get back into it. If you want a little sneak peak, check out my Pinterest page.

Personally, I want to read stories that make me laugh, that make me cry and turn me on. I want characters I can fall in love with and stories I can lose myself in.

My two all-time favourite shows are Grey’s Anatomy & Offspring, both medical dramas with a healthy splash of romance, and, well, a book is always better than a show, right?

I’ve focused primarily on sleep medicine because it’s what I know – I’ve been a sleep scientist for almost ten years now, and it’s a growing field of medicine that few people know a lot about. The prevalence and long-term effects of sleep apnoea are not widely known in the general community, and if I can raise awareness of this disorder through my novels, whilst leaving you thoroughly entertained – that’s just an awesome bonus.

Why the sweet stories & nice guys?

I don’t set out intending to write sweet stories, they just… kind of… happen. Apparently, it’s because I’m a super-sweet person married to the ultimate Mr Nice Guy 😉

And finally, why the fantasy? It’s as far removed from medical romance than you could possibly get, surely? It is, but it’s always been my passion. It is the ultimate escape, and I’ve been hooked since I read my first Sara Douglass novel – BattleAxe. My all-time favourite character was Damon Wolfblade, from Jennifer Fallon’s Hythrun Chronicles and I can only hope to one day write as consuming stories as these two legends in the field.

There is much debate in the writing world about planning vs pantsing (i.e. nutting out every inch of the story versus running by the seat of your pants).

I start out with the germ of an idea, whether it be about the characters, or the situation, or the world. I let it ferment in my mind until it’s just ready to tap, then shift into planning mode. I nut out the character profiles, write myself a strict chapter-by-chapter breakdown. And then I start writing, and all the planning goes out the window. Characters get scrapped, others are created, scenes are written and rewritten and then deleted if they don’t work.

What’s often very hard for someone who doesn’t write to understand is that a writer is often just the tool by which the characters come to life.  They rule us, they talk to us, and if they don’t like what’s being written, they’ll just shut right up and there’ll be no more writing until you get it right.

Thank goodness that’s over! Now comes the fun part. As part of this blog-hop, I get to tag other authors to face the same drilling. The following authors will be posting their answers to these questions on the 3rd of March:

Marianne Curley (my Mum) – Marianne’s debut novel, Old Magic, and her Guardians of Time trilogy established her place as an exciting and original voice in the world of young adult literature, and are sold in 14 countries. Marianne was then absent from the writing scene for 8 years due to a terrible battle with bone marrow cancer. A battle that she fought and won, and which helped inspire her latest stories “The Avena Series”.

Over 500,000 copies of Marianne’s books have sold around the globe so far. Hidden, the first instalment of “The Avena Series” was released in 2013. Broken, the second book in this series will be released in Australia & New Zealand on the 1st of March, shortly followed by the UK, with the US release scheduled for later in the year. To celebrate the release of Broken, Marianne will be attending the Book Launch & Signing at Marks & Gardner Café on Tamborine Mountain on Sunday 2nd of March. All are welcome.

Maggie Gilbert – Maggie can’t remember a time when she didn’t want to be a writer, even when she was otherwise occupied. She’s been an executive editor, an equestrian journalist and worked with horses for the Modern Pentathlon event at the 2000 Sydney Olympics. She has an Equine Science Degree and wrote for Hoofbeats Magazine. Currently she’s an administration officer with an Agricultural Society by day and a writer of romantic stories by night, an ideal combination. Maggie lives on a property in country NSW with her family and dogs. 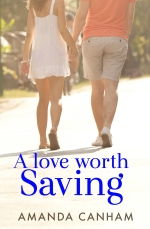 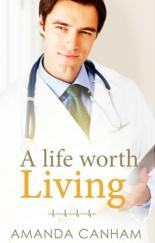